Prosopagnosia (also known as 'face blindness') refers to a severe deficit in recognizing familiar people from their face. While some people report a very selective impairment that only influences the recognition of faces, others find the deficit extends to the recognition of other stimuli, such as objects, cars, or animals. Many people also report deficits in other aspects of face processing, such as judging age or gender, recognising certain emotional expressions, or following the direction of a person's eye gaze. Finally, a substantial number of people also report navigational difficulties.

How does prosopagnosia affect a person's life?

Some people cope well with their face recognition difficulties, and even develop elaborate compensatory mechanisms to help them function effectively in everyday life. For others, however, the condition has a much greater impact on daily functioning. Some people avoid social interactions, experience problems with interpersonal relationships or damage to their career, and even report episodes of depression. In extreme cases, people with prosopagnosia develop social anxiety disorder, characterized by fear and avoidance of social situations that may cause embarrassment. You can read a first hand account of prosopagnosia here. 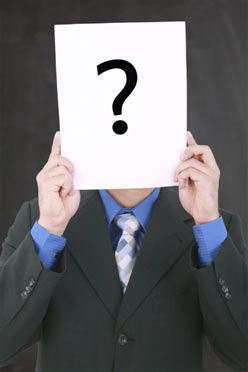 What are the causes of prosopagnosia?

Prior to the 21st century, it was thought that very few people experience prosopagnosia. The condition has traditionally been studied in individuals who very rarely acquire the disorder following neurological damage (typically from stroke or head injury). However, it has more recently become clear that many more people have prosopagnosia without experiencing neurological damage. This form of the disorder is commonly referred to as "developmental" or "congenital" prosopagnosia, and these people simply fail to develop normal face processing abilities despite normal intellectual and perceptual functions. People with developmental prosopagnosia seem to have had face recognition difficulties for most of their lives, and perhaps even since birth. Some evidence suggests there may be a genetic contribution to the condition in some individuals, with many people reporting at least one first-degree relative who also experiences face recognition difficulties.

How many people are affected by prosopagnosia?

As explained above, acquired prosopagnosia following brain damage is rare. However, developmental prosopagnosia appears to be much more common. In recent years, a flurry of media attention has raised awareness of the disorder, and thousands of people who believe they have prosopagnosia have approached researchers throughout the world. However, little work has resulted in a formal estimate of the prevalence of developmental prosopagnosia. One study conducted in Germany surveyed the face recognition abilities of a large group of students, and reported a prevalence rate of 2-2.5%. A similar figure was obtained in objective screening of a large group of adults, and in a large-scale study of primary school children conducted by my laboratory. Although this prevalence rate likely results from the calibration of the tests that were used and the statistical techniques applied to the data, it does indicate that as many as one in 50 people experience difficulties with face recognition. If this figure is correct, there may be 1.5 million people with developmental prosopagnosia in the UK alone. Even if this is an overestimation, a prevalence of just 1% would indicate that 600 000 people have the disorder. However, until a biological marker for the condition is discovered the precise prevalence rate cannot be confirmed.

I've heard that prosopagnosia may be linked to autism spectrum disorder - is this true?

It is true that many people with autism spectrum disorder also experience face recognition difficulties. Problems with face-processing have also been reported in other developmental disorders such as Williams' syndrome and Turner's syndrome. There are various theories concerned with this pattern of presentation, and some researchers believe that the face recognition impairment can be attributed to a lack of social interest in faces, and others that perceptual-processing strategy or impaired visuo-spatial skills may be the critical factor. However, while some individuals with prosopagnosia report severe social consequences resulting from their face recognition difficulties, these are not necessarily an indicator of a concurrent neuro-developmental disorder. On the contrary, there have been reports of misdiagnosis of high-functioning autism when the underlying issue is prosopagnosia alone. Importantly, many people with developmental prosopagnosia do not fulfil the diagnostic criteria of autism spectrum disorder, confirming the independence of the two disorders.

How do I know if I have prosopagnosia?

Many people occasionally fail to recognise a familiar face, or even mistake an unknown person for someone they know. However, individuals with prosopagnosia have a severe face recognition problem, affecting even the most familiar faces, such as their spouse or children. This failure to recognise familiar faces occurs every day, but many people have developed compensatory strategies to help with person recognition. For example, they might recognise a person by their hairstyle, clothing or gait, or simply because they expect to see a person within a given context. However, if they unexpectedly encounter a familiar person, these compensatory strategies often break down. Some researchers advocate the use of self-report measures to diagnose prosopagnosia, but much research indicates that many people have limited insight into their face recognition skills, particularly if they have no point of comparison (i.e. they have experienced face recognition difficulties for their entire life). We do have a symptom checklist that may be used to decide whether someone should receive further screening. Nevertheless, in all cases, proper objective testing is required to make a diagnosis. Unfortunately, this service is not available via the NHS (UK), and most people contact a university for formal screening as part of a research programme. Screening typically involves participation in ~3 computerised face recognition tests, and you will be asked if your difficulties could result from a psychiatric, developmental, visual or neurological condition. If you believe you may have prosopagnosia and live within travelling distance of Bournemouth University, we may be able to offer you a formal testing session and the opportunity to take part in our research if you wish to. You can register your details with us here.

Is there any treatment for prosopagnosia?

There is currently no formal treatment for prosopagnosia. However, our laboratory has recently published some attempts to remedy face recognition difficulties, either through the use of training programmes or temporary pharmaceutical intervention. While we have had some success, these techniques are still being investigated and developed. If you believe you have prosopagnosia and would like to take part in some research investigating intervention techniques, please register here. If you live close to our laboratory in Bournemouth and don't mind travelling to us (travel expenses can normally be reimbursed), we will do our best to accommodate you within our current research programmes. However, some of our programmes operate remotely, and we also have collaborators in other parts of the UK, Australia and America, and may be able to put you in touch with a researcher who is based closer to your home.

Are there any techniques I can use to get round my difficulty with faces?

Many people with prosopagnosia report compensatory strategies that can often help them circumvent their difficulties. For instance, teachers have described how they use classroom seating plans to identify their pupils, or even recognize different children by an external cue, such as their backpacks. Other elaborate compensatory strategies have been described, such as the use of jewellery, clothing, voice or gait to recognize a familiar person. Of course these strategies do not always work, and particularly break down when a person is met out of context and logic cannot be combined with these external cues. You can access our list of recommended strategies here.